As a suburban dweller, I was excited when Naveel and Keith wanted to explore Montgomery County a bit during their engagement shoot. Naveel told me how they spend a lot of time together in Phoenixville, so we started off in town, which is full of quaint, colorful shops. The Colonial Theatre (where The Blob was filmed!) and map mural are two of my favorite spots in Phoenixville. 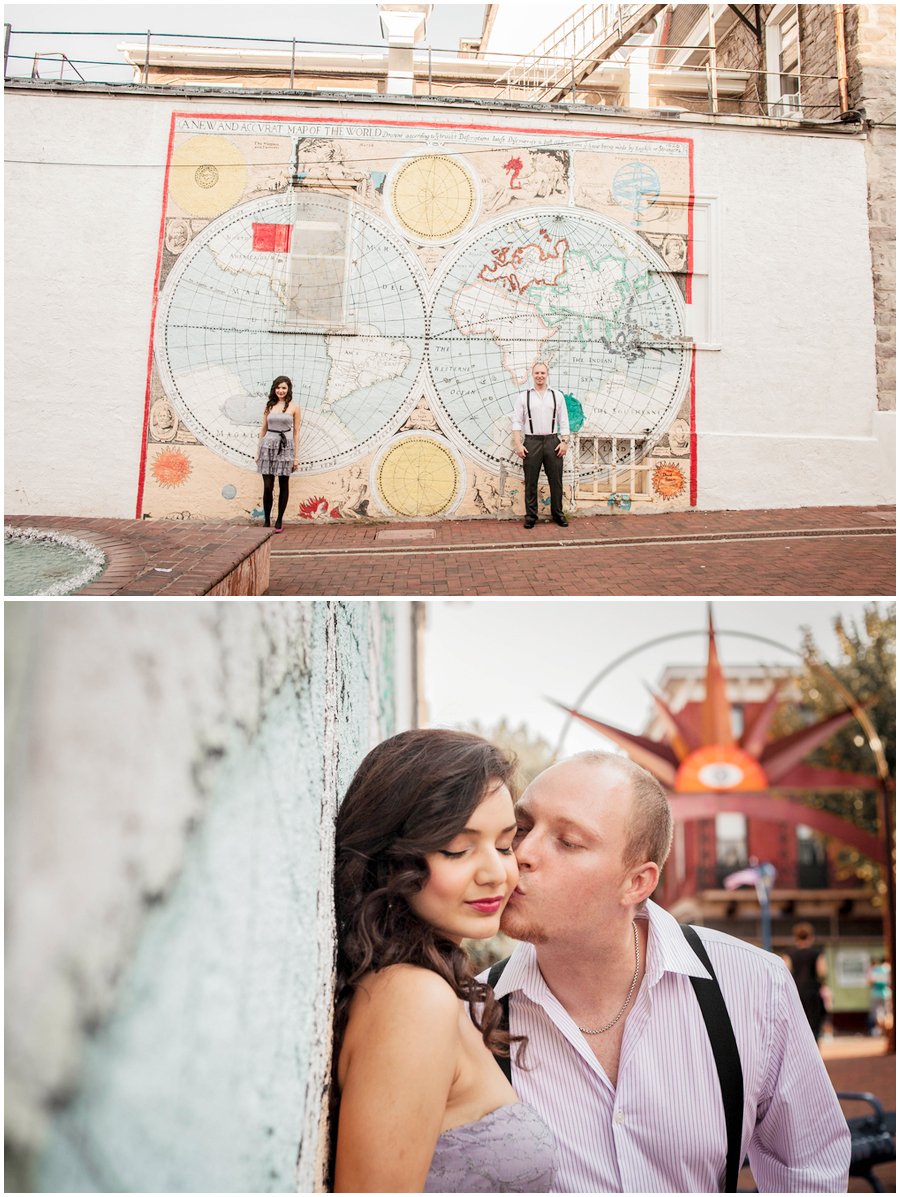 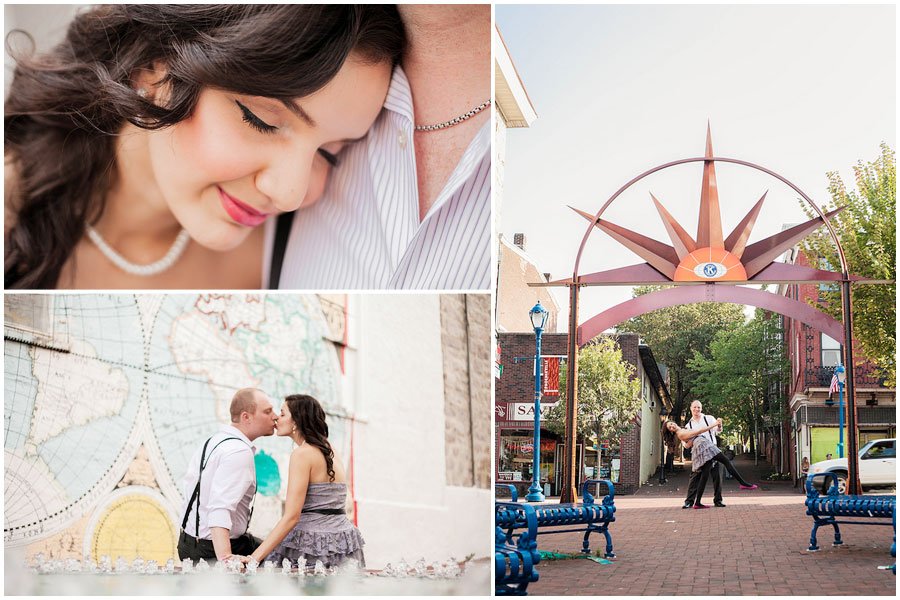 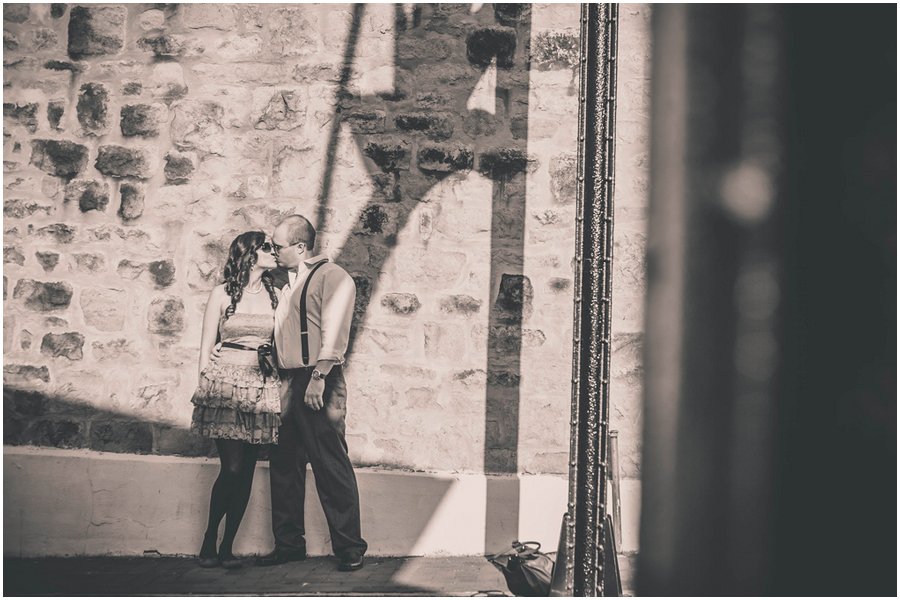 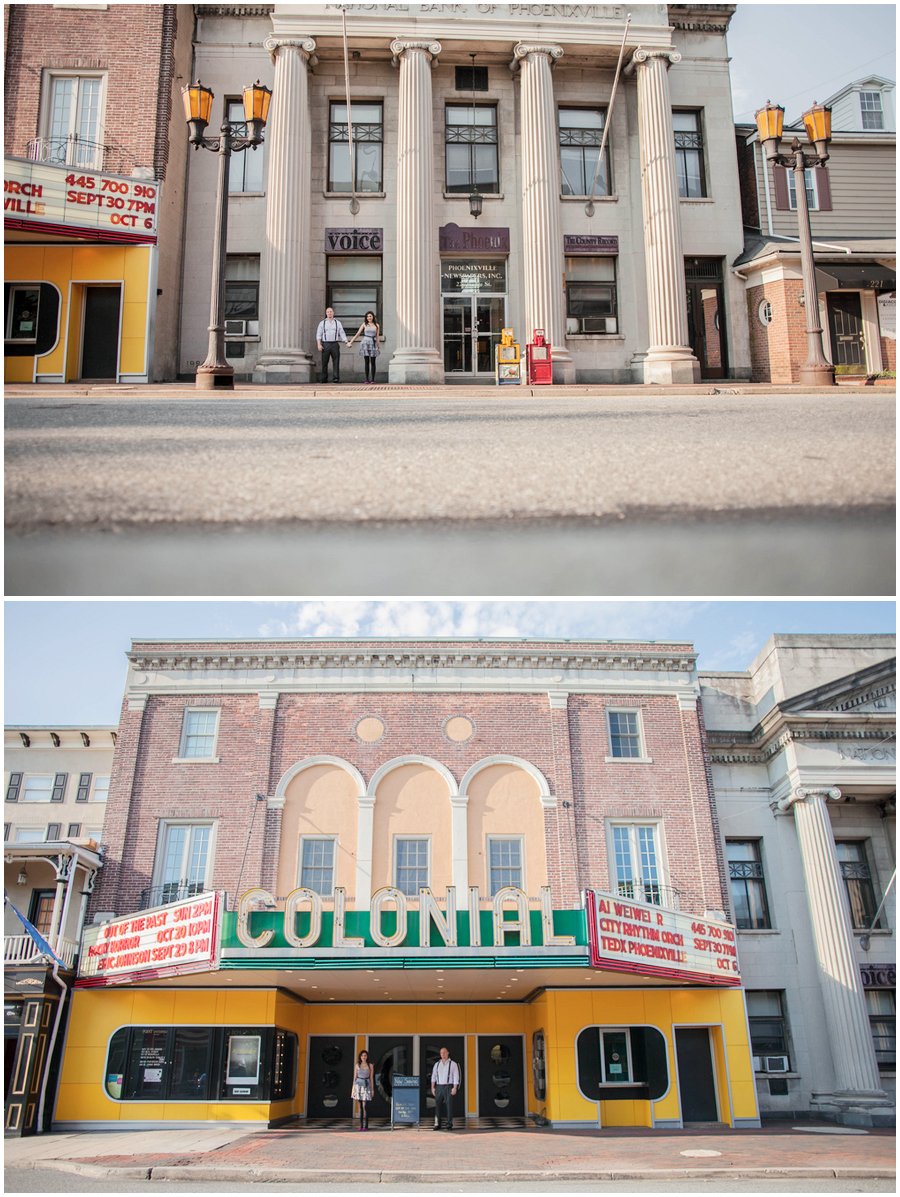 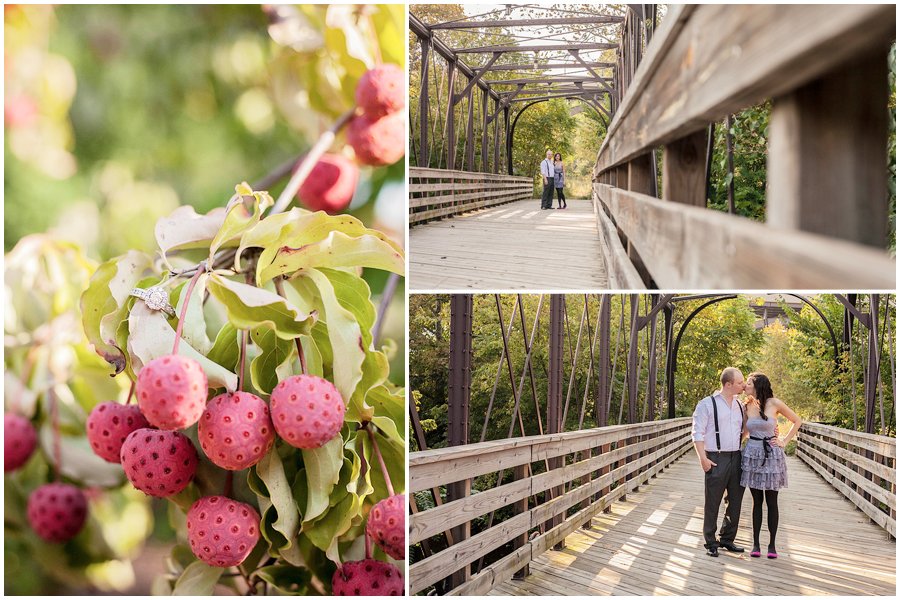 Once the sun started setting, we drove over to Valley Forge National Historical Park, where the couple went on picnics a lot when they first started dating. We started shooting at the National Memorial Arch, which was erected to commemorate the arrival of George Washington and his Continental Army into Valley Forge. It was designed by Paul Philippe Cret, as a simplified version of the Triumphal Arch of Titus in Rome, and it’s really breathtaking in person. 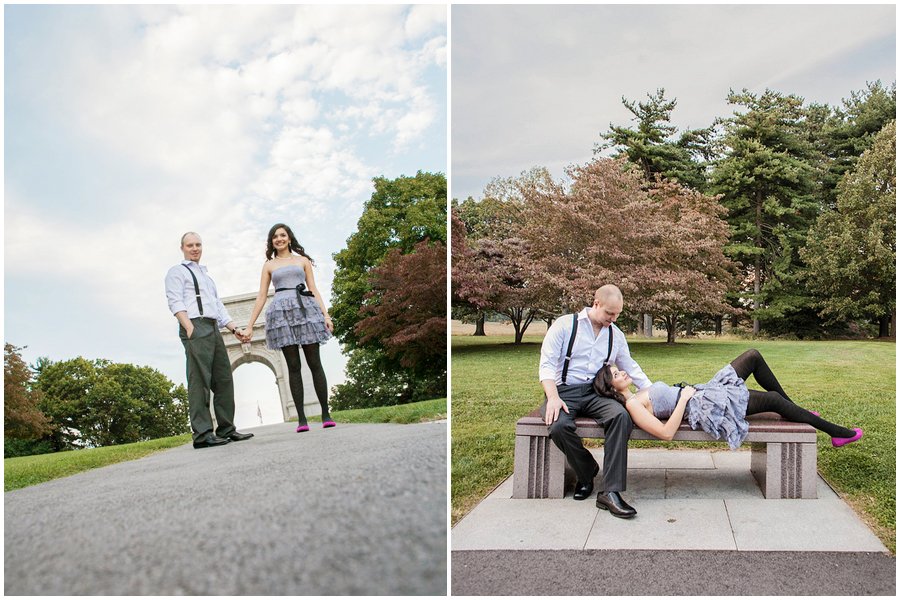 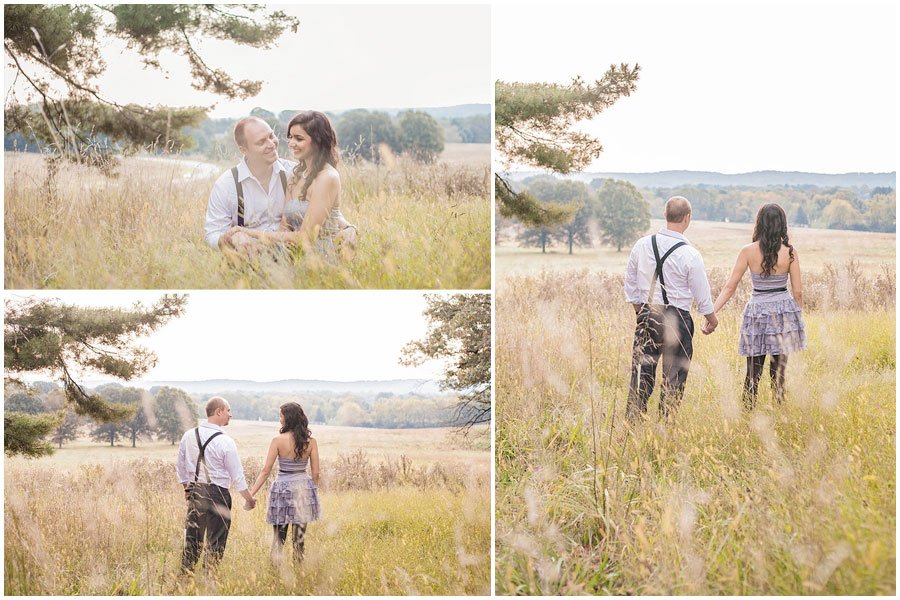 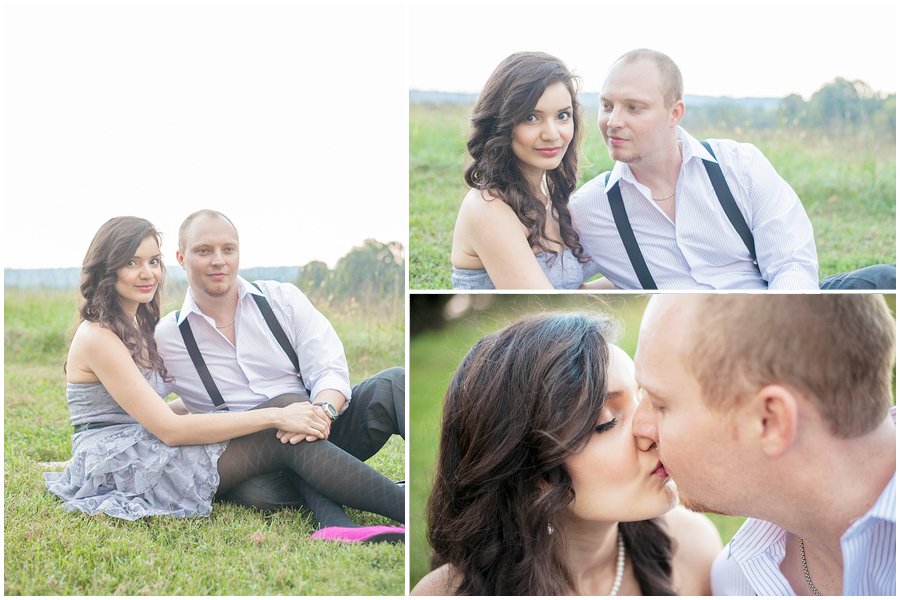 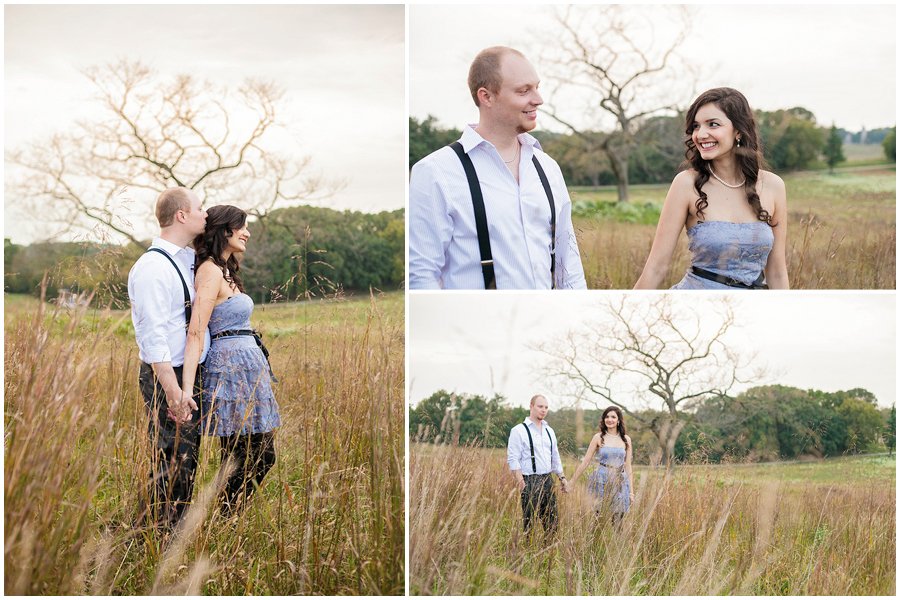 We moseyed over to the log cabin recreations that are scattered throughout the Park (I can’t tell you how much I’d love to live in one). I snagged some photos during sunset, and we managed to avoid being poured on by mere minutes. 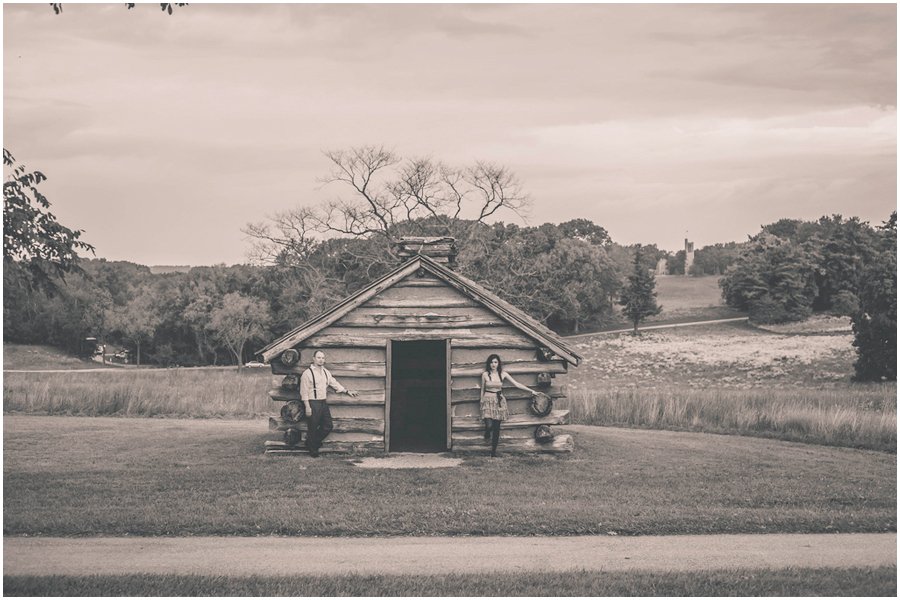 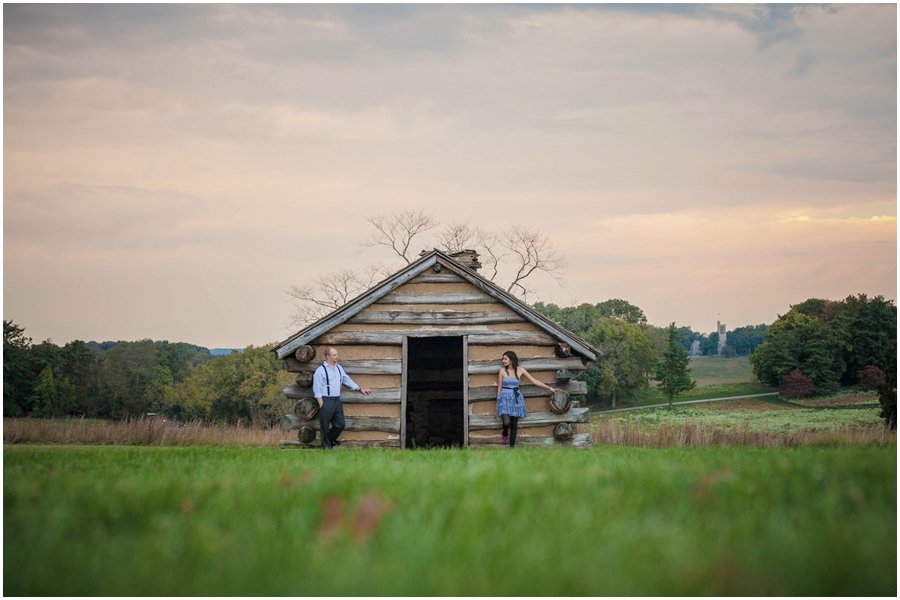 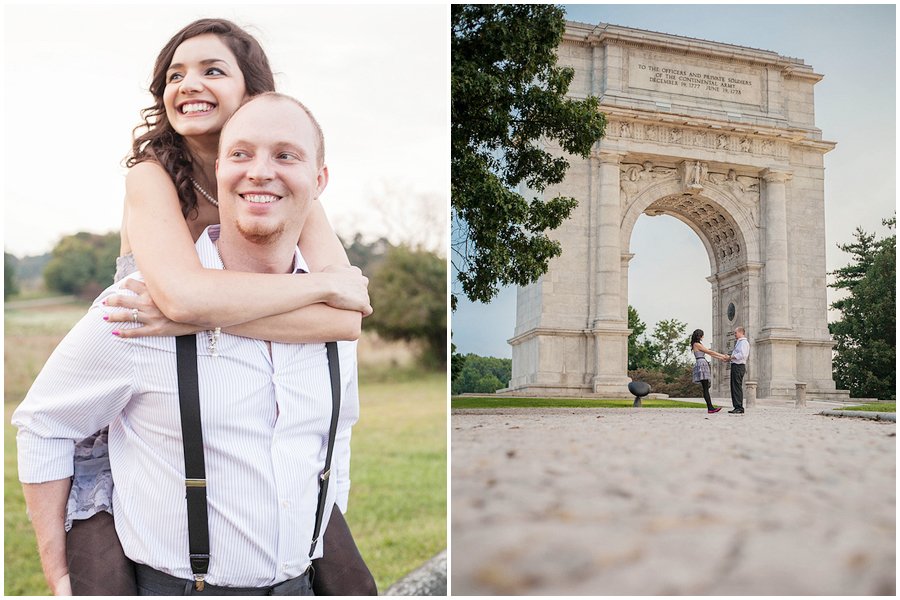 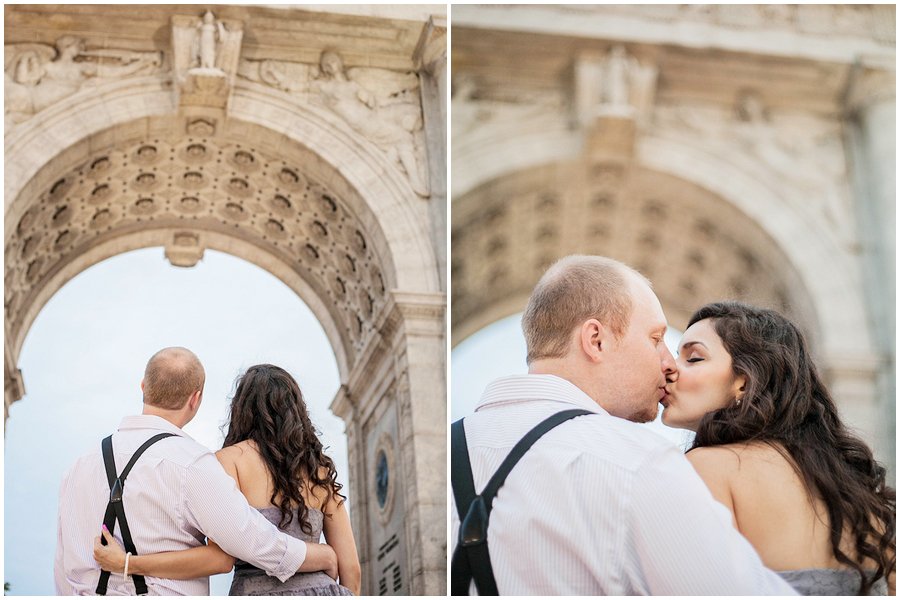 I’m so glad I was able to explore Valley Forge National Historical Park even more, I’d definitely like to take the hubs for a picnic there once it starts warming up again. Thanks to Naveel and Keith for introducing me to this amazing arch and for being so comfortable in front of the camera!