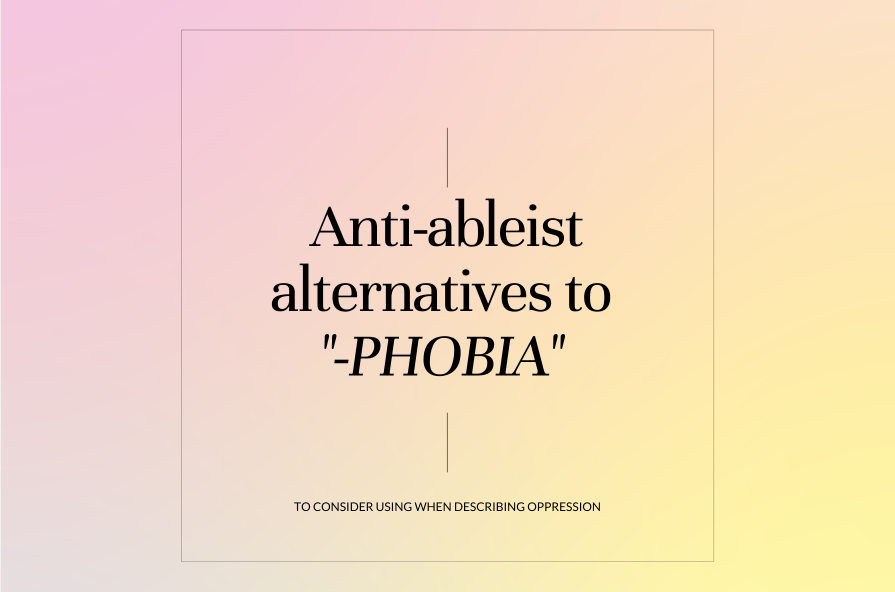 Recently, I learned that using words with the suffix “-phobia” to describe oppression can perpetuate ableism. Phobias are real mental illnesses, so equating them with bigotry is where the ableism sneaks in. Like so many things with language, this is not a universal opinion, however, that doesn’t mean it’s not worth re-examining as a means of harm reduction.

Conflating discriminatory attitudes and behaviors with mental illness is a dangerous thing. We saw it happen when white supremacists stormed the Capitol only to be called “unhinged,” as a way of softening the blame. This invites a greater misunderstanding of mental illnesses and increases the stigma that so many of us face already.

Aubrey Gordon writes for @selfmagazine, “Fatphobia denotes a fear of fat people, but as the most proudly anti-fat people will tell you readily, they aren’t afraid of us. They just hate us. Calling it a ‘fear’ legitimates anti-fat bias, lending credence and justification to the actions of those who reject, pathologize, and mock fat people, often without facing consequences for those actions.” 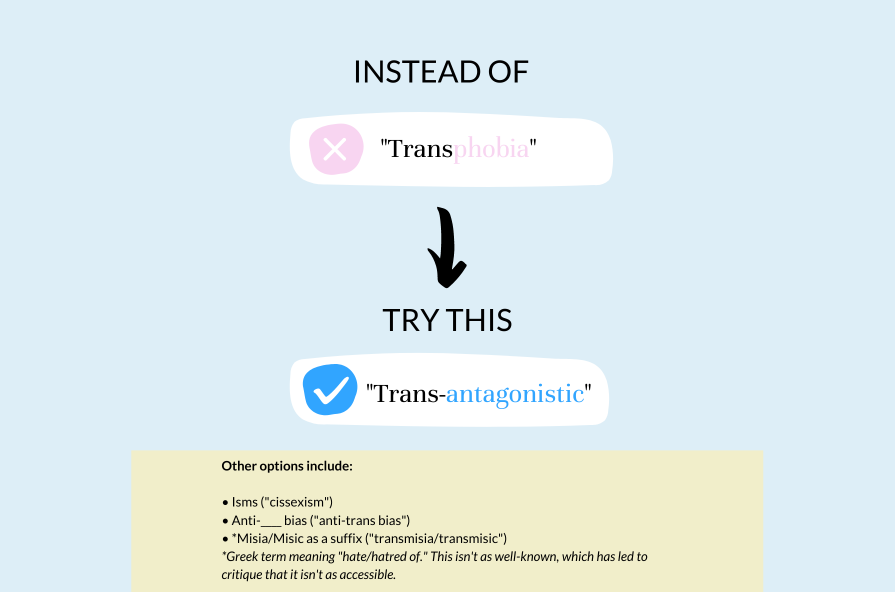 “Phobias are a real thing that happens to real people,” shares Denarii Monroe in an article from Everyday Feminism about their personal experience. “-phobia as a suffix ultimately centers the oppressor instead of the oppressed. The language becomes about their fear instead of our struggle.”

Like Gordon and Monroe pointed out, the problem isn’t uncontrolled fear, it’s hatred. When we use language that links hatred and oppression to mental illness and neurodivergence, we continue to harm and stigmatize those in the margins—in this case, disabled folks.

Some might say that -phobia language is what’s most recognized and that expecting folks to shift language in this way may feel inaccessible. At the end of the day, we’re all free to use whatever language we choose, however that doesn’t make the impact of our words any less real.

“The choice of what language to use is a deeply personal one for those who’ve been target by oppressive systems, and whatever words marginalized people choose to use to describe their experiences are valid and not up for debate,” said Gordon.