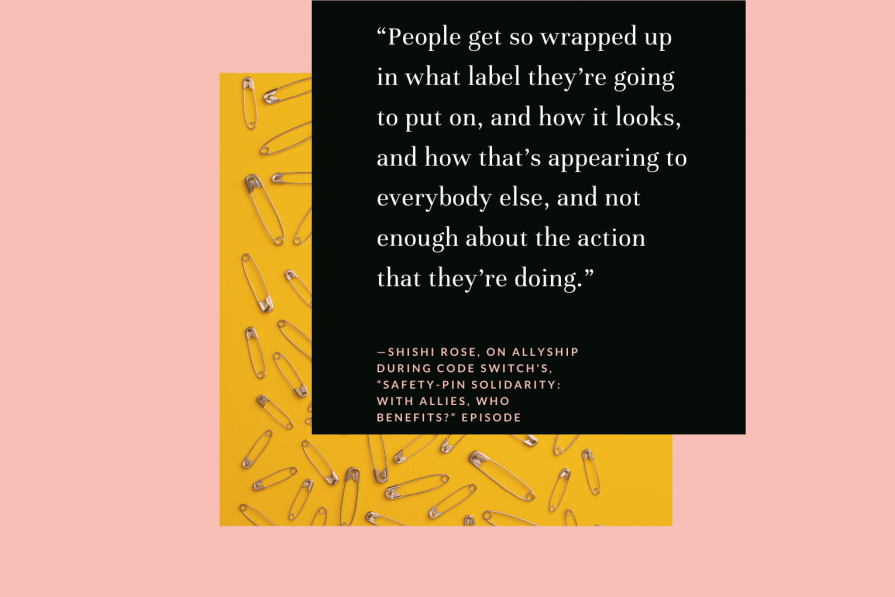 In 2016, the safety pin emerged as a symbol of unity. A way for people to show they were “allies” and didn’t support the hateful messaging that coincided with Trump’s election. As safety pins were quickly tucked away, Black Lives Matter lawn signs were seen popping up on suburban lawns in gentrified neighborhoods. Recently, in the Philadelphia wedding community, dozens of vendors added a rainbow to their bio in an act of solidarity. To showcase their businesses as a safe space for the LGBTQIA+ community and claim allyship.

In all of these instances, what began as a gesture of kindness, can also be performative. Ally is a verb — an action that is more important than posturing with a badge of honor.

As white people, we shouldn’t fixate on whether or not we are seen as a “good” or “bad” person. Rather, that we are part of the problem. We can’t separate ourselves from “those people” so easily, even if that leaves us in our feelings. We don’t get to decide if a person we hold privilege over is viewing us as “safe” or an “ally.” Saying “all are welcome here,” while appropriating “YAAS!” in the same breath or adding a Black, raised fist emoji next to the rainbow to our bios, cancels each other out.

If you have a rainbow in your bio, I applaud anything that affirms you. And, we have to be honest with each other about viewing ourselves as harbingers of safety. As business owners, how are we putting our values into action behind the scenes and in a way that is client-facing? Beyond black squares and emojis, letting folks know what we believe and why, without adding emotional labor marginalized marriers have to weed through.

At the end of the day, we’re hopefully working toward the same thing.

Questions to ask ourselves

What does it look like to have critical conversations without crossing boundaries? How can we approach feedback without letting our egos or identities hold us back?

There’s positivity in holding each other accountable.