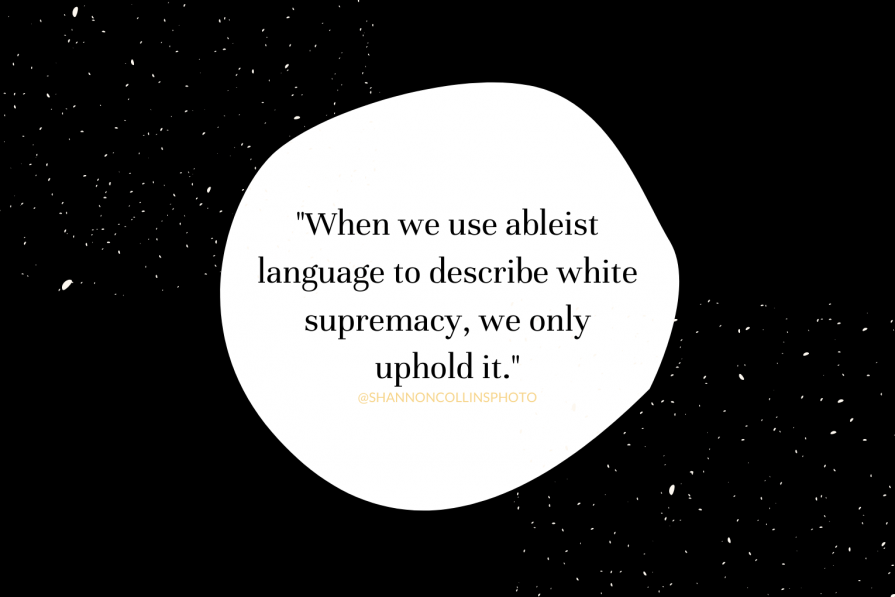 [Image description: When we use ableist language to describe white supremacy, we only uphold it.]

After the white supremacist violence that took place at the Capitol last week, many folks have been armchair diagnosing terrorists. In a dehumanizing statement, Mitch McConnell called the rioters “unhinged.” @sinsinvalid shared on Twitter that by doing this, “he is invoking mental illness to separate out the blame from whiteness.” Media has been defining Trump with ableist language for years — delusional disorder, bipolar disorder, personality disorder, narcissist, schizophrenic. This false rhetoric only reinforces the stigma that disability causes folks to be unfit in some way. Or racist in some way. Or anti-Semitic in some way. That we are inherently dangerous or dismissible. 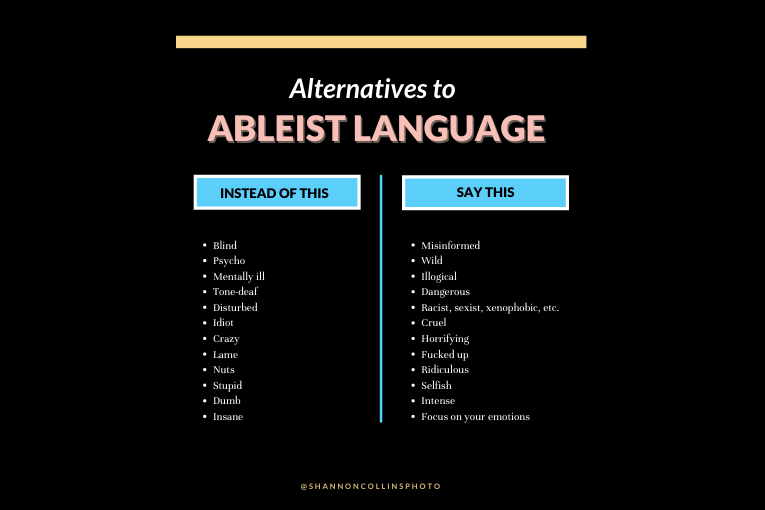