Coming Into Myself as LGBTQIA+: A Personal Essay on Queer Invisibility 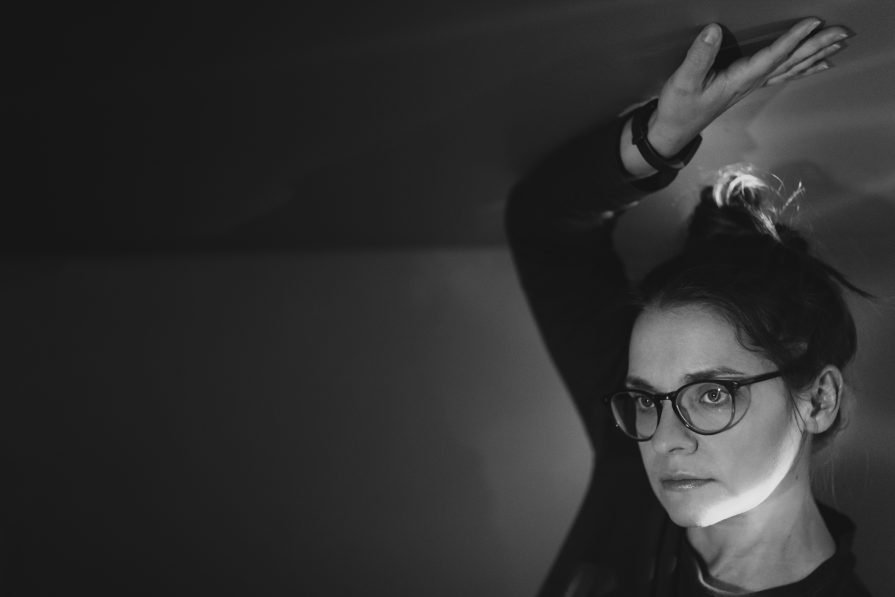 I’m in my mid-30s and coming out as queer. This is something I struggle to type, as I’ve only ever had relationships with two people — both of which were with heterosexual cis-men. Both of whom I ended up marrying.
I’ve felt conflicted about claiming a LGBTQIA+ identity for myself for decades. I’m happily married to a cishet man, we share two children together, and I have no intention of exiting our relationship. How can I claim queerness for myself when I’ve only ever been in two long-term, committed, straight partnerships?
Every week, I login for my volunteer shift and chat with youth as a counselor for a popular LGBTQIA+ suicide prevention service. I find myself repeating the same phrases, “Your identity is valid.” “Our sexuality and gender identity aren’t set in stone.” “People’s identities can be fluid.” I share resources, like a graphic that shares a spectrum, which can help folks visualize how they feel at any given time. I tell them to mark how they identify today on each line, but don’t feel limited, that it’s okay to mark something different tomorrow.
Every time I look at the spectrum visual, my eyes focus on the center of the sexual orientation arrows. I find myself relating most to pansexual — a term that describes people who are physically, emotionally, and romantically attracted to others regardless of gender identity or biological sex. I’ve decided that “queer” fits best for how I identify.
Part of me feels like I can’t own and define my sexuality as queer, because I’ve never acted on any of these feelings, despite consistently questioning my identity to myself. How can I label myself as queer when I’ve only ever had straight relationships? What does it say about my current relationship with my partner and how can my queerness be explored while honoring it? This pressure to “pick a side” is rooted in heteronormative expectations and society’s rigid approach to sexual expression.
In 5th grade, the most popular kid in our class called me a lesbian. I remember coming home and asking what it meant. The next day, I hurled back the definition I was told, “gay,” as an insult. This homophobic exchange landed us both in the hallway for a talk with our teacher and later our parents.
After grade school, the name-calling became more specific as I entered high school. I was called “asexual,” maybe because most of my friends were dating and I was not. I had close girl friends and found comfort in our friendships, which were always platonic. Others would joke about me being in love with my best friends and call me a lesbian. One of the more popular kids in high school would jokingly ask me out during class, because the mere idea of dating someone like me was just that — a punchline to his joke.
I was always too afraid to date anyone — of any sexual orientation or gender — because I didn’t want to subject myself to judgement within a sheltered environment. I knew that if I ever dated anyone, I’d be opening myself up vulnerability without boundaries. As someone who has had anxiety as long as I can remember, boundaries are important to me.
It’s no surprise that I found my first boyfriend during our first week of college orientation. I was free and able to explore who I was without worrying about being watched. I wanted to prove to myself that I was worthy of being loved. Even still, as I entered the cafeteria hand in hand with my boyfriend to grab lunch together during a break, I was called a “dyke” by strangers passing by. At the time, it was probably for wearing a rainbow necklace or orange corduroys in a conservative town, but I wondered if they saw something I didn’t. If I was just shoving exploring my sexuality away by busying myself with America’s Next Top Model marathons.
That 6-year relationship with my first ever boyfriend turned into a marriage, which only lasted one year. After couples therapy, a lot of grieving, and repeatedly playing the saddest Morrissey songs I could find, I met my now-husband and fell in love.
The assumptions around my queerness didn’t stop in high school. They continued after my second marriage to my now husband. There was that time when my colleague and I were co-working at a LGBT community center, when an acquaintance came up to chat with us. We started sharing mutual interests: Star Trek, Golden Girls, and Rufus Wainwright, when I was abruptly asked, “Are you sure you’re not gay?”
My response was my typical, awkward “Yep, I’m sure, I’m straight and married.”
It didn’t matter how many LGBTQIA+ friends or pop culture icons I was surrounded by, I defined myself as straight because I had no “proof” that could confirm my sexuality to be anything else.

Society can make us feel like we have to be sure before coming out. If I, as a person in a long-term relationship with a man, identified as straight, no one would demand to know whether I was 100% certain I’d never be attracted to another gender. But bisexual and pansexual attraction is so stigmatized and erased, that we’ve created a social narrative where you have to be incredibly secure in your identity, and have overcome hardships in its name, to claim it. 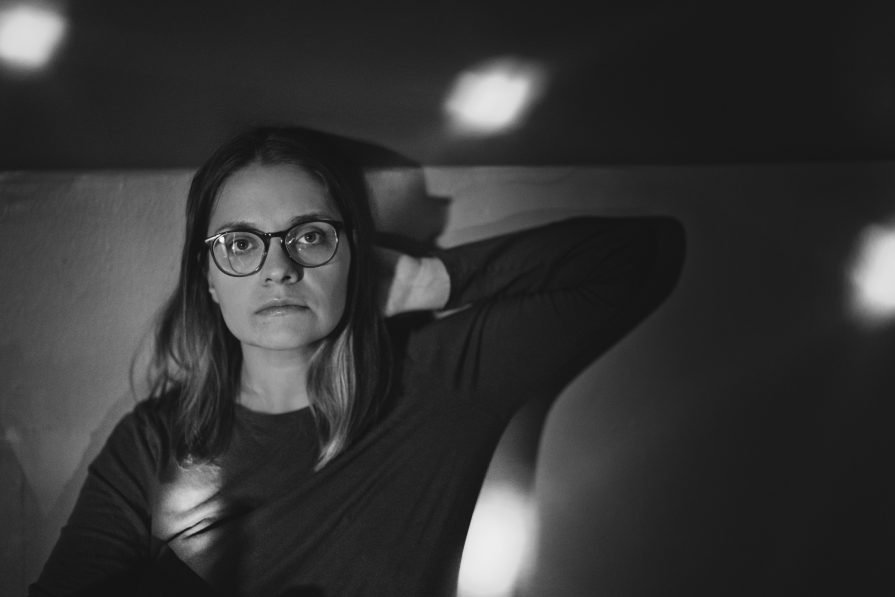 But deep down I understand, like so many things, it isn’t so binary. This need that I’ve felt for decades for me to “figure it out” or “find an answer” is steeped in heteronormative expectations. Underneath it all, I know that my attraction to people is not limited in sexual choice with regard to biological sex, gender, or gender identity.
I never had a “but then I met this person and they changed my identity” revelation that shook me to my core. It was just a slow, trickling of realizing that just because I’ve only ever dated two men, it doesn’t make my identity any less valid. I’ve always looked to others to validate my identity, when I really just needed to hear it from myself.
My lingering feelings around “what if’s” largely examine my past, not my present. What if I felt secure enough at school or home to truly embrace myself, without worrying what others thought. Who would I really be able to sink into and be at the end of the day if there wasn’t so much shame involved?
A journey into my own queerness doesn’t involve sex outside of my relationship, or even sex at all. Just noticing that I’m attracted — and have always been attracted — to other genders is worthy of reflection. Rather than it being a judgement of my relationship, it’s more about exploring a new (and somehow familiar) part of myself.

The act of coming out to myself is validating and affirming, coming into alignment with who I really am and finding ways to honor that. My coming out is also paired with the understanding of the privileges that come being a white person in a straight-passing partnership. I would like to remind myself and others that we should be asking ourselves daily: are Black, trans women and femmes being centered? What can we be doing to amplify their voices? For me, I can redirect people with my words and actions to center Black trans femmes.

“Your queerness does not absolve your racism,” is something Ericka Hart has shared as a way of reminding white people such as myself and NBPOC that queerness is not an excuse to run from accountability for anti-Black racism.
Despite this immense straight-presenting privilege, I already feel myself ready to wield away judgments and feelings of imposter syndrome.
Why do I have this need to come out now, when I’m still very much in a relationship with my husband and have no desire to change that? What right do I have to call myself queer and take up space when so many of my LGBTQIA+ friends are marginalized on a daily basis?
Those questions continue to run through my head, and at the same time, I’m trying to remind myself what I would say to any of the 100’s of questioning youth I’ve chatted with over these past few years. That their identity, no matter how it is expressed, is valid.
What does affirming my queer identity look like? Continuing to volunteer time or donate money to LGBTQIA+ organizations, making and nurturing queer friendships, educating myself on LGBTQIA+ history, amplifying the voices of LGBTQIA+ folks of color, and listening to LGBTQIA+ podcasts.
All of those ideas were already part of my existence, so I’m sure I’ll be working on finding ways to stay grounded in my identity, whether with my therapist, myself, or those closest to me.
Apart from being truthful to myself and my partnership, I want to be a voice that says it’s valid to have this part of you, even if it’s not visible to others. If you’re like me and questioning your identity, at any stage in your life, you’re not alone.
*Editor’s note: Since writing this, I’ve also come into my identity as nonbinary and trans. Self-discovery is a journey that for me has really picked up in my mid-30s and I don’t see it ending anytime soon.